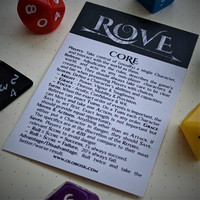 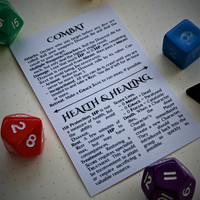 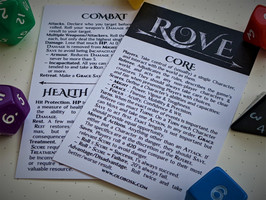 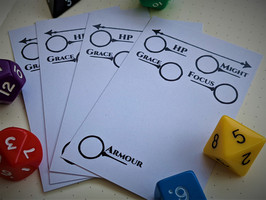 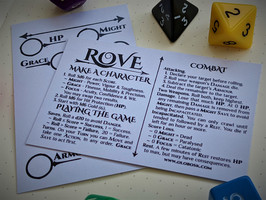 Officially introducing Rove - my take on the micro RPG.

I have been wanting to create something like this ever since I stumbled upon Damnation of the Judgement Kings by Vandel Arden and his subsequent Microblades.

Those drove me to create Milliamp for Electric Bastionland after finally getting Silent Titans to the table and seeing how fun and easy it was to run an Into the Odd game.

So those are probably my biggest inspirations for this project. Milliamp proved to me that what I wanted to do was feasible, and actually really convenient.

So these first two cards are laser focused on the main two design goals for Rove: 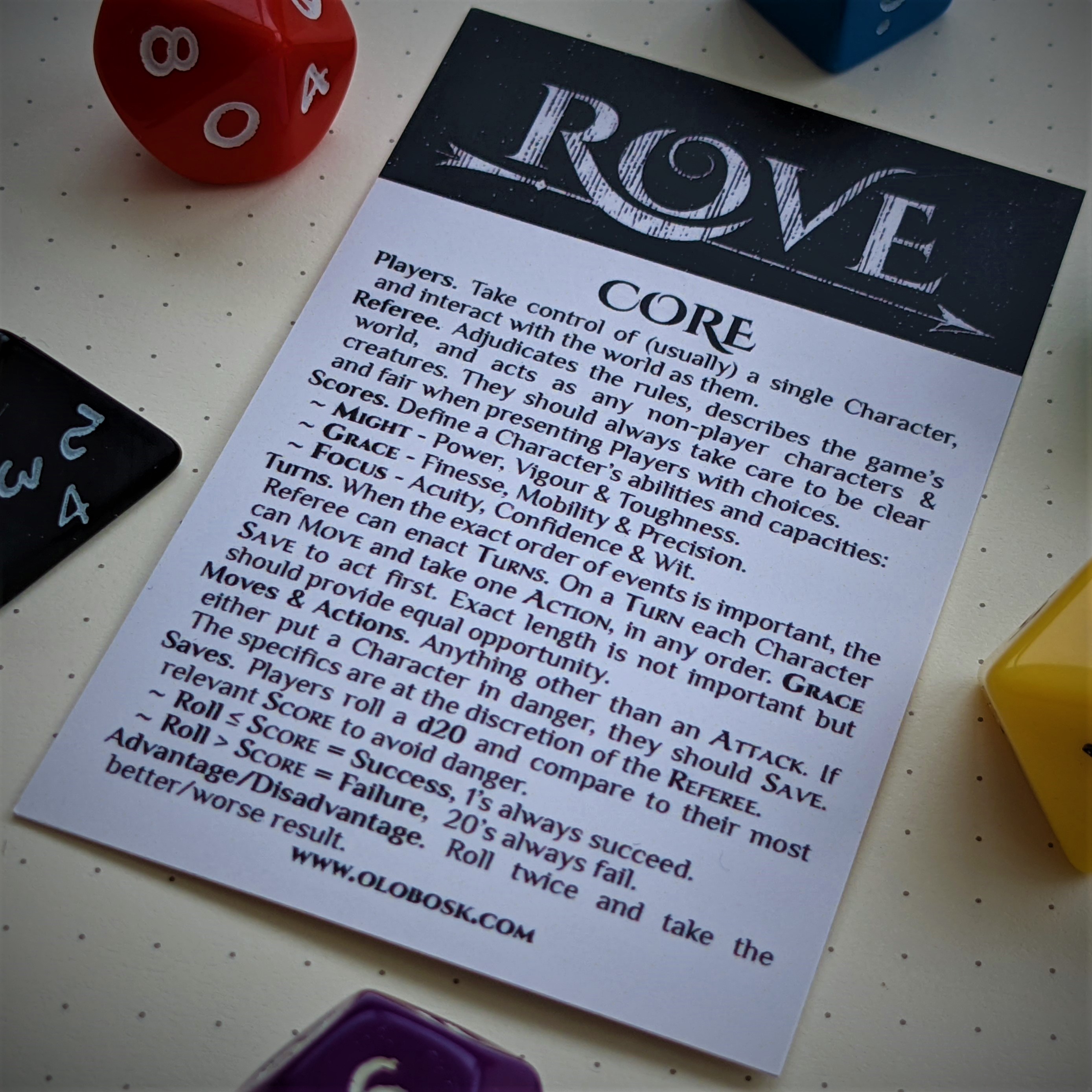 For the referee, just an overview and a quick reference guide to the most common rules you will need. Honestly, this first card is probably more of a formality than anything else. We need a basis from which all the other cards come from and that lays the foundations for how this game works. It does that job but in reality once you know these rules you won’t be needing it often.

But that's fine, there are plenty more ideas I have in the pipeline that justify having the card with you at the table. At the end of the day, you still don’t need to carry a kilo of book with you to the table for the odd rules dispute. 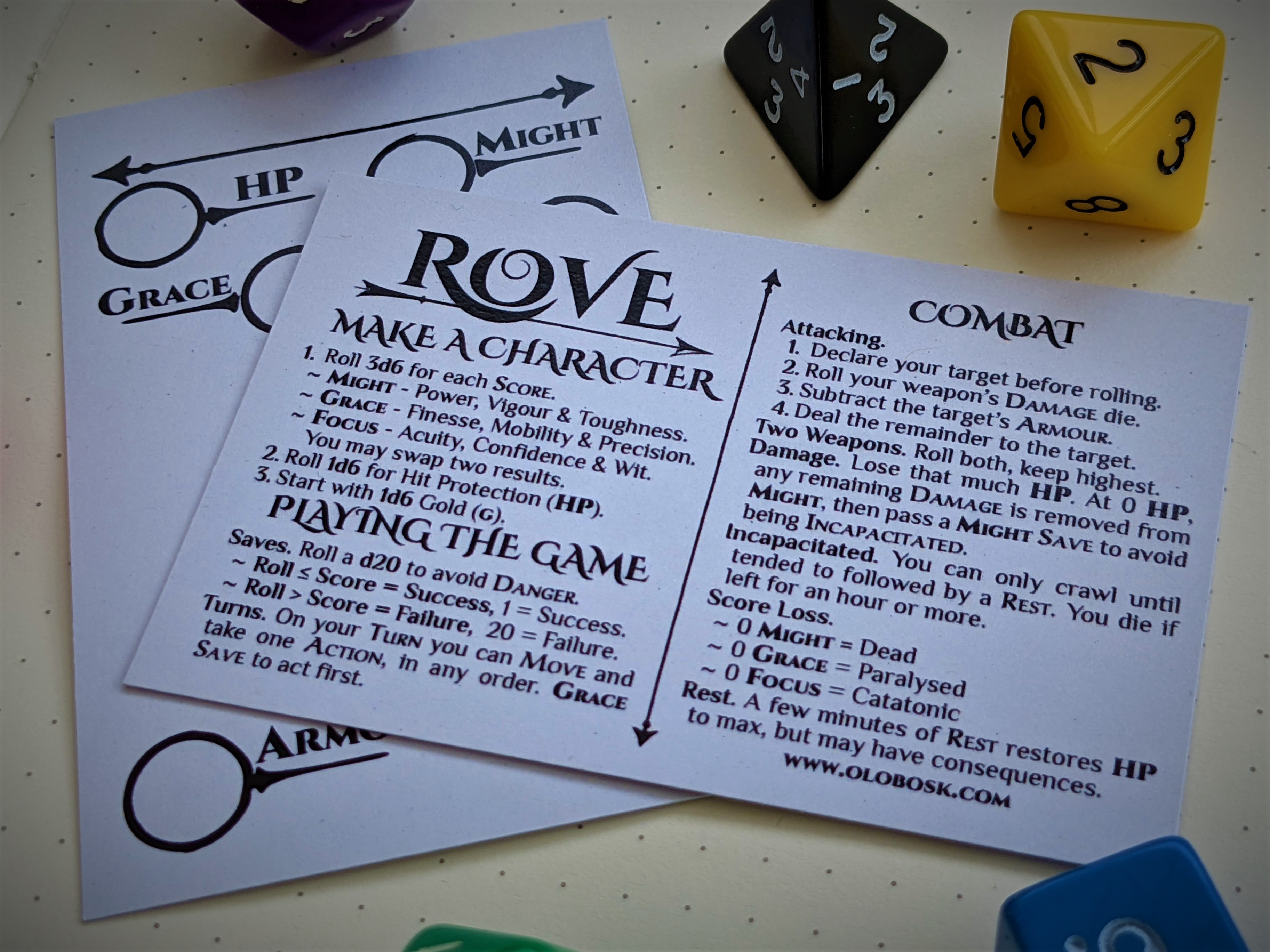 Here is the pièce de résistance of Rove - the player card or character sheet. Why has every RPG I have played never given me a rules summary on the reverse of my Character sheet? It's so simple and is a massive quality of life improvement.

What this card does is legitimately let you just sit down with a group of people and just begin playing. Hand these out to players, and just ask them to make a character. At the end of the night, stick it in your wallet and you’re sorted. It's a little thing, but this is ideal for one-shots or convention games I have found. It just cuts down so much on the bulk I feel weighed down with when running anything else.

Why so smol tho?

It's a psychological thing, and it might be personal, but having a physically small object defining the box with which you are playing in, just gives me so much more space and mental freedom to do what I love - running the game! It's why I find running games from one-page dungeons and their ilk so freeing. I don't have any page flipping to do, or have my nose in a book while I’m playing with my friends. I can look my players in the eyes and improvise anything that isn’t immediately available to me or not memorised.

That to me is the peak of this hobby - and I think Rove goes a good way to getting you there, I hope.

More coming soon! I have already added the print files for Travel on Patreon. Print versions are in the works and I have many more ideas in the pipeline.

That's it for now.